The BLADE is the second attacker-focused product to emerge from Wilson’s new PlayerID system. For this system, Wilson categorized three core playing styles in today’s game: Baseliner, Attacker and All Courter. The PlayerID system helps players better select products that speak to their playing style and enhance their overall performance on the court. The introduction of the next generation BLADE rackets follows Wilson’s highly successful re-invention of its attacker-style Pro Staff franchise, which launched in 2014. 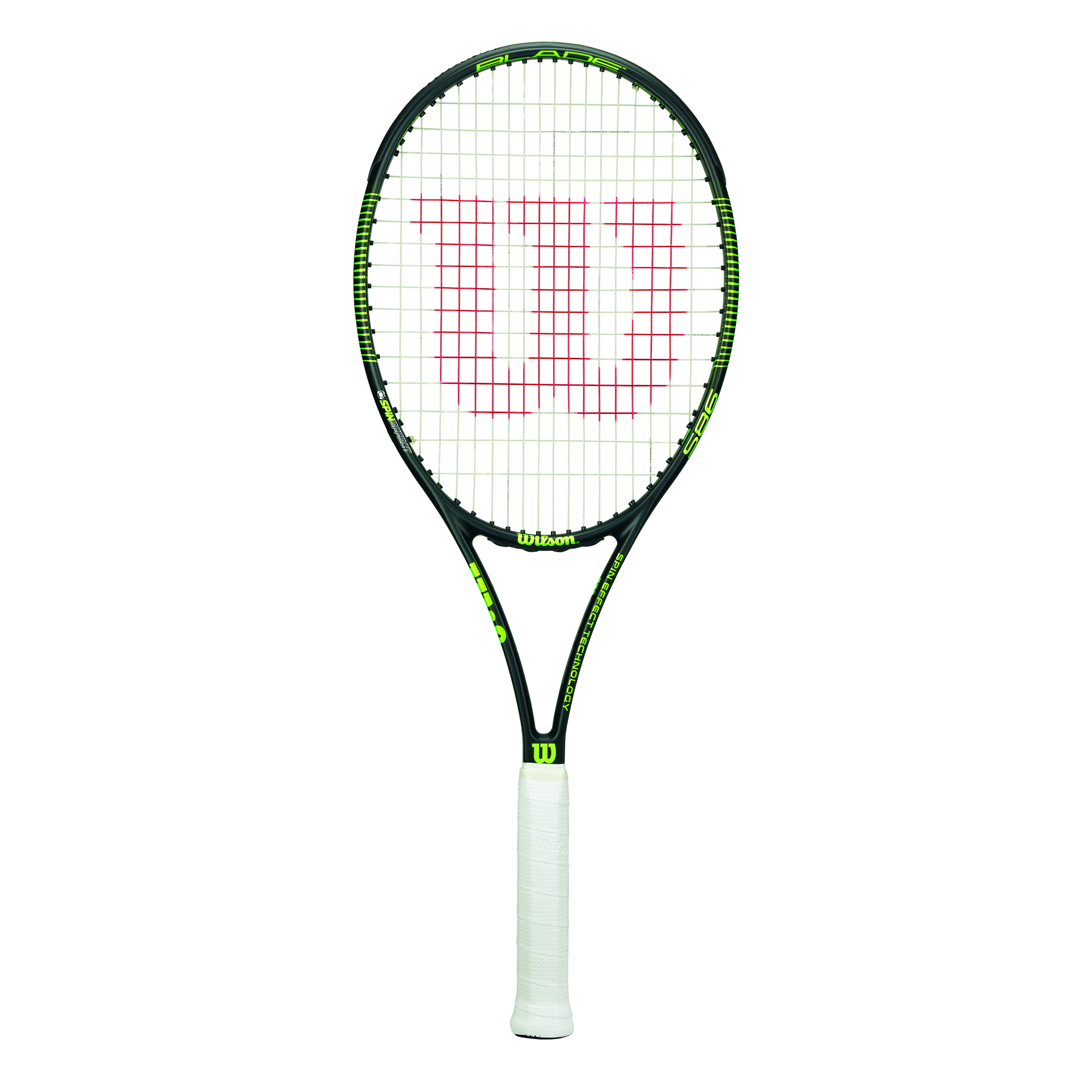 “BLADE is an incredible story of how to take performance tennis engineering and design to the next level,” said Hans-Martin Reh, General Manager, Racquet Sports. “We really dug into the playing style of attacker athletes and what they need to optimize their game. Then we looked at materials, construction, string pattern, weight, head size and feel, to design a racket that gives these powerful players greater control, feel and a bigger sweet spot.”

The new 2015 BLADE features a bold, new design with lime green accents on a sleek, black base, and is technology-packed. Evolutionary Braided Graphite and Basalt construction allows the BLADE to be more elastic and reactive at the point of contact for enhanced feel and greater control. The racket also includes Wilson’s Parallel Drilling, a technology that ensures the racket’s grommet holes are parallel with the string bed. This expands the sweet spot size by up to 26 percent, resulting in more power and a forgiving feel.

Further, the BLADE 98S delivers precision spin through Wilson’s patented Spin Effect Technology, which creates 200+ more RPM’s on every shot and enables players to get more balls in the court. And the BLADE 104, Serena William’s racket of choice, has a larger head size and bigger sweet sport.

The BLADE is available for pre-order now at select retailers and will be in retail stores and on Wilson.com in mid-January. The MSRP for the Blade is $230.

After identifying which playing style they belong to, athletes can quickly narrow their racket search by model type and weight. Every racket for Wilson will correspond with one of the three playing style segments, streamlining the racket selection process and ensuring a player’s equipment is best suited for his or her style of play.

“The powerful relationship between an athlete and their equipment is often underplayed, yet at the crux of performance tennis,” added Reh. “We want every player to play at their personal best and achieve their goals and aspirations. We believe PlayerID will help athletes determine which racket will be their best tool for their best game.”

Chicago-based Wilson Sporting Goods Co., a division of Amer Sports, is the world’s leading manufacturer of sports equipment, apparel and accessories. Wilson is the global leader in performance tennis and uses player insights to develop products that push tennis equipment innovation into new territories. Through its dedication to creating products that enable athletes at every level to perform at their best, Wilson has earned its place as a leader in sporting goods for over a century.

Watch full coverage of the 2015 Australian Open on FedFanTV. Download the official mobile apps for iPhone, iPad, and Android.