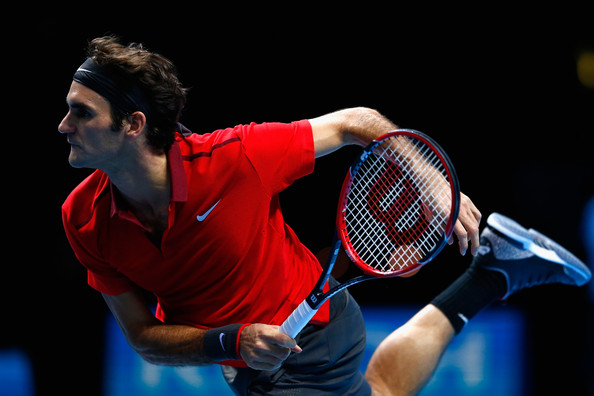 Roger Federer avenged his only defeat to Milos Raonic at the Paris Masters with a convincing 6-1 7-6 (0) victory at the O2 Arena in London. The Swiss maestro broke the young Canadian immediately, making a statement Sunday night in the round robin stage of the 2014 World Tour Finals (Final Showdown). The 6-time champion served efficiently, losing just three points on his first serve in the opening set. Raonic found his footing in the second set, keeping himself ahead on serve, and was close in two consecutive games to breaking the Swiss. 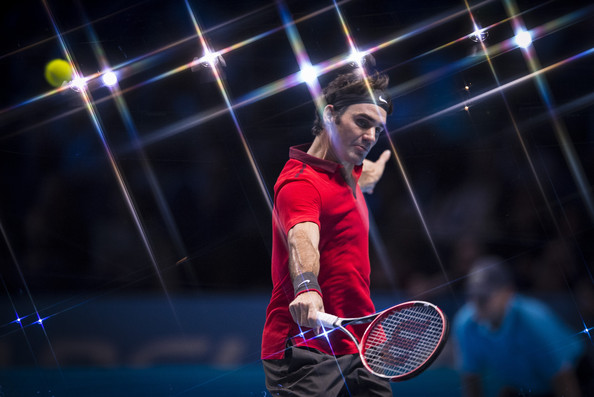 Federer twice seemed to hold an easy game until a sloppy drop shot and casual miss gave the Canadian break chances. However the 33-year-old Swiss managed to get out of trouble, including saving a set point at 5-6. From that point onward, it was one way traffic. Federer won the final ten points, including a shut out in the tiebreaker to earn his first win in Group B. He will face Kei Nishikori (Tuesday 2pm London/9am ET/6am PT), who defeated Andy Murray 6-4 6-4. 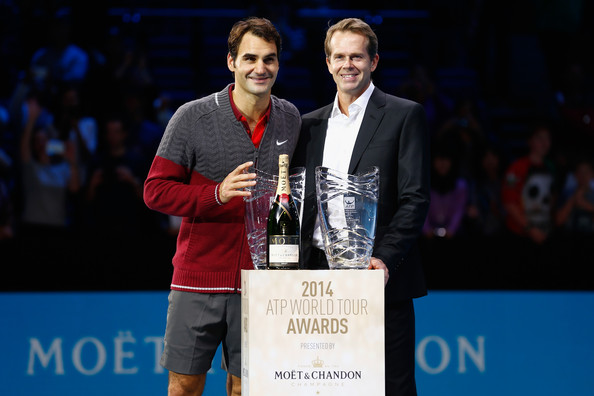