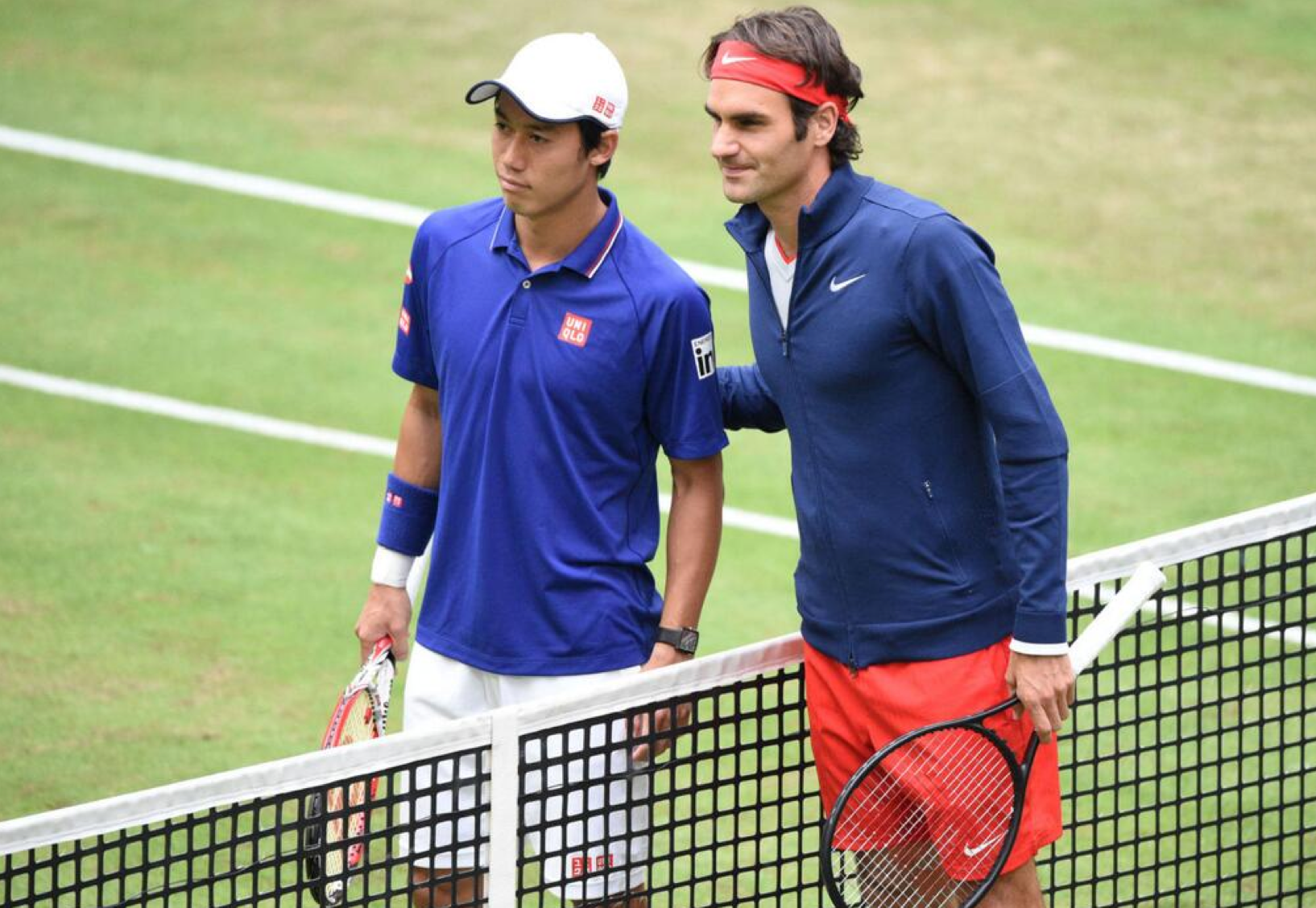 Roger Federer advanced to his ninth Gerry Weber Open final with a 6-3 7-6 (4) win over fourth seeded Kei Nishikori Saturday in Halle, Germany. The Swiss maestro showed no signs of rust despite receiving a walkover in his Friday quarterfinal against Yen-Hsen Lu. Seeking his seventh title in Halle, Federer broke for 4-2 in the first set, and from then on stayed the course in serving out the first set.

Nishikori was much sharper in the second set, yet Federer asserted his grass court experience in the tiebreak, coming from 4-2 down on the change of ends to converting on his first match point. However, he didn’t realize the match was over until a moment later. Federer served ten aces, two double faults, and won 70% and 65% of points on his first and second serves, respectively. He was 2/2 on break points, and saved one of two break points faced.

On Sunday, Federer will face Alejandro Falla in the singles final, and teaming up with Swiss Davis Cup teammate Marco Chiudinelli, against Andre Begemann and Julian Knowle in the doubles final. The Swiss duo defeated Dustin Brown and Jan-Lennard Struff 7-5 6-3 in Saturday’s semifinal.