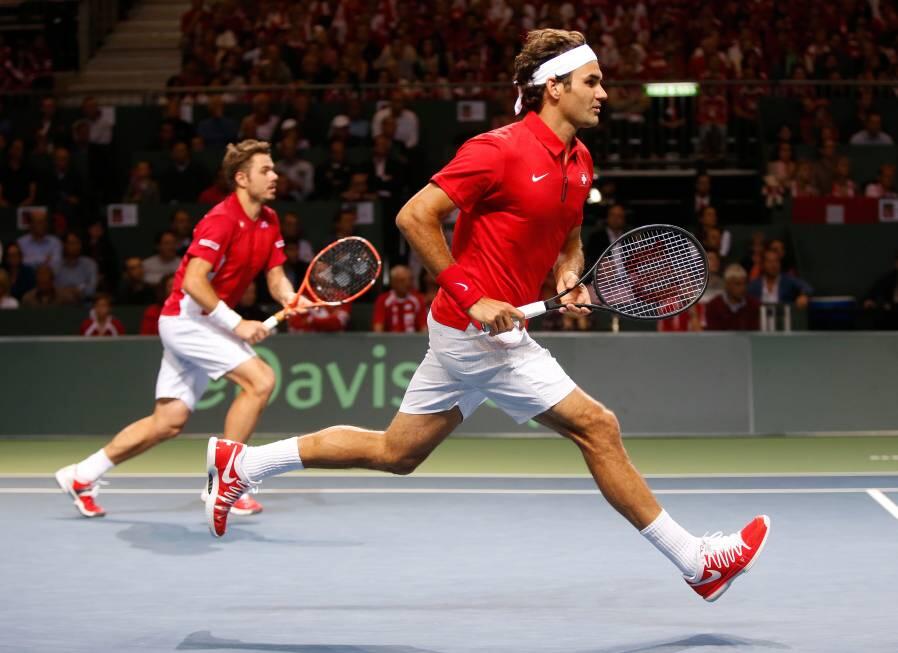 Switzerland’s two man team of Roger Federer and Stanislas Wawrinka will have to do it all Sunday, as the Kazakhstan duo of Aleksandr Nedovyesov and Andrey Golubev pulled off a surprise upset in Saturday’s Davis Cup doubles. The Kazakhs broke Federer in the opening service game, and although he would hold rather easily afterward, the match always stayed with Kazakhstan till the end.

“It’s a great feeling. It’s like a dream I must say because we are playing against the Swiss in Switzerland,” said the Kazakh captain Dias Doskarayev.

“I told the guys before the match miracles may happen but you have to believe in miracles and today we had to play fantastic. We had to play aggressive, we had to play great but of course we needed to expect mistakes from the Swiss team…Stan was a bit nervous, pressure got to him; this is Davis Cup and our guy Nedovyesov showed himself really well under pressure, but being 2-1 against Switzerland is nothing going into Sunday. It has to be a reality check in the back of our minds. We still have two singles to go and anything may happen. We have to keep motivating our guys.”

The Swiss however, are unfazed and prepared to go great lengths Sunday. “It was a great atmosphere on court but it was tough to lose the doubles,” said Wawrinka. “For me it was good to play a lot of tennis the last two days even if it was two difficult days but I’m going to be ready and I know what to do to win.”

Federer attempted to save the match late in the fourth set tiebreak, but a return Golubev got on his racquet strings allowed him to direct the ball right at Wawrinka who was at the net; in trying to defend himself, he lost the point and match [6-4 7-6 (5) 4-6 7-6 (6)].

“I’m not overly worried about what happened the last couple of days,” said Federer. “We knew the Kazakhs have been playing well in Davis Cup the last few years now. So it’s for us now to shine and prove (ourselves)…We are good players and we are the favourites still for each singles reverse match but we have no more margin for error so we are aware of that and, who knows, that’s maybe going to make us play even better, so I’m really excited about tomorrow.”