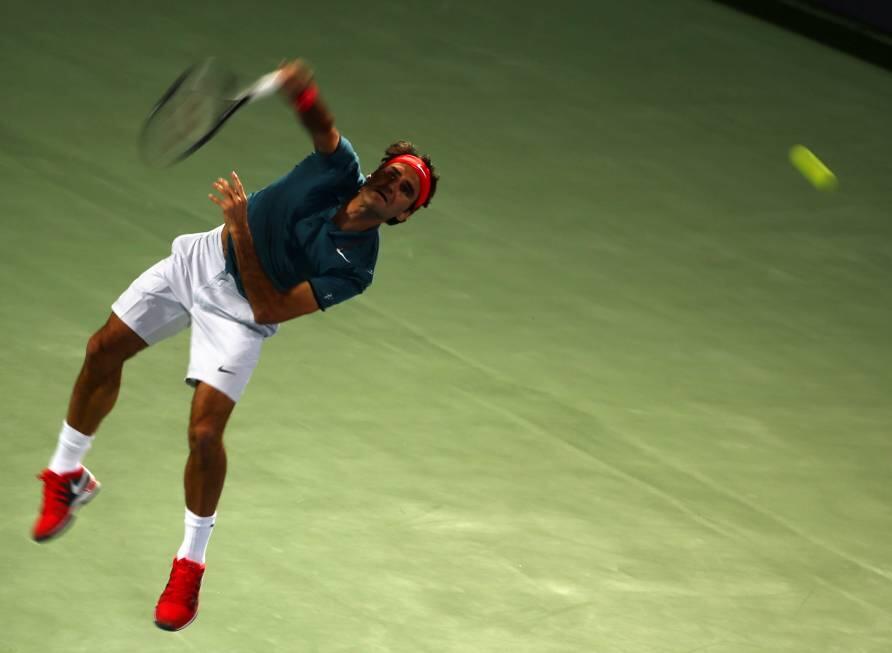 Roger Federer got off to a great start against Radek Stepanek, before running into tough resistance in the second and third sets. The veteran Czech was not discouraged after the Swiss maestro easily won the first set. He would break early in the second set and maintain his distance, until Federer seemingly was turning things around. Although he would break for 5 all, it was Stepanek who remained steady into the tiebreaker, where he found his zone, evening the match, and then nearly going up 3-0 in the final set.

With a backhand flick return up the line for a winner, Federer was back in the match, and Stepanek’s momentum was snapped. The five time champion in Dubai reeled off five straight games. After one last uncharacteristic slip in being broken while serving for the match, Federer broke the Czech to clinch victory, 6-2 6-7 (4) 6-3, in 2 hours 8 minutes. He will face Lukas Rosol in the quarterfinals of the Dubai Duty Free Tennis Championships.

Afterward, Federer reflected upon the match.

“I started to understand what I was doing wrong,” said Federer. “Which made me maybe play a little bit tentatively from the baseline, what made me not make enough shots [and] why I wasn’t playing as aggressively as I wanted to. I couldn’t find the right balance between offence and defense…It was almost a bit too late for everything, but I kind of hung around and I took the positives out of the match. Radek did a good job of putting the pressure on me and mixing it up. From that standpoint, it was a really difficult match. I’m very pleased to come through.”