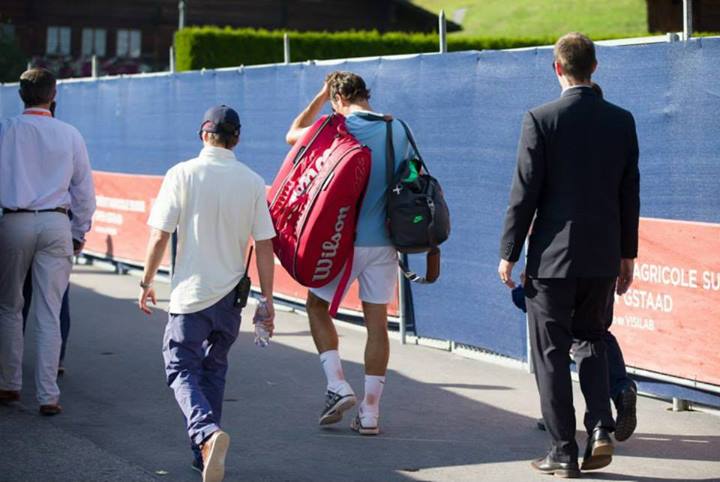 Roger Federer’s plans to play at the 2013 Rogers Cup in Montreal are in doubt with his recent back issues, which first arose in Hamburg.

“In the last 7-10 days I could hardly practice, this made it difficult to prepare properly. I decided to play so it’s no excuse,” the 17-time grand slam champion said after a straight-sets second-round loss at home German Daniel Brands. The pain, which Federer said started last week in Hamburg and forced him to take anti-inflammatories on the way to the German semi-finals, casts uncertainly on his US Open preparation.

“My presence in Montreal is far from assured, I first need to take care of my back. It is a serious injury. The pain is less than Indian Wells (last March). But I will have to heal through exercises and treatment.”

The Swiss maestro will make a late decision to play in Montreal, just weeks before the US Open. “I will have to do a lot of exercises and see how it all feels. My main priority now is to fix my back. I would love to be able to train at 100 per cent. I’ll have to see if the rehab is enough to let me play in Montreal. If it is, I’ll go, if not, then it gives me another week.”