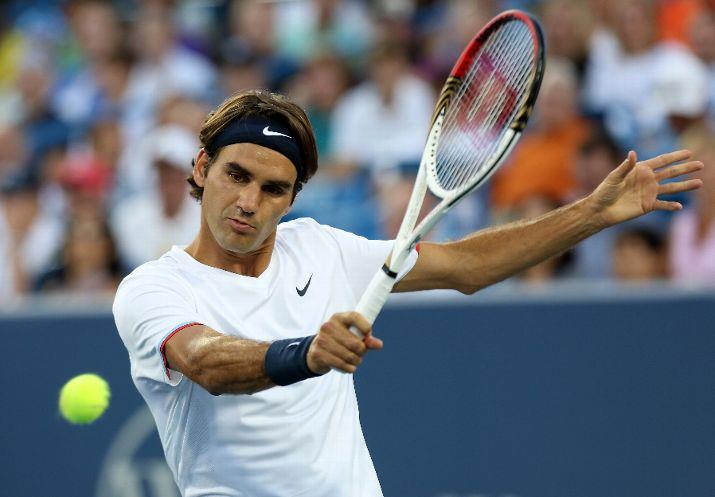 It was an offensive night for Roger Federer from the start, hitting back to back return winners in the opening game of the match. In front of a sold out crowd Friday night in Mason, Ohio, the Swiss maestro stamped his authority on the American Mardy Fish in a straight sets victory, 6-3 7-6 (4). In the opening set, Federer broke in the first game, then broke again to clinch the set, gaining the advantage of serving first in the second set.

The Swiss maestro served at 74%, hitting 5 aces to no double faults. He never faced a break point, and was 2/4 on his own chances. Speeding thru his service games allowed Federer to ease his way into the second set tiebreak, where he then seized his only mini-break opportunity and booked his spot in the semifinals of the Cincinnati masters. He will face Davis Cup teammate and his good friend, Stan Wawrinka. Earlier in the day, Wawrinka came back to defeat Milos Raonic 2-6 7-6 (5) 6-4.