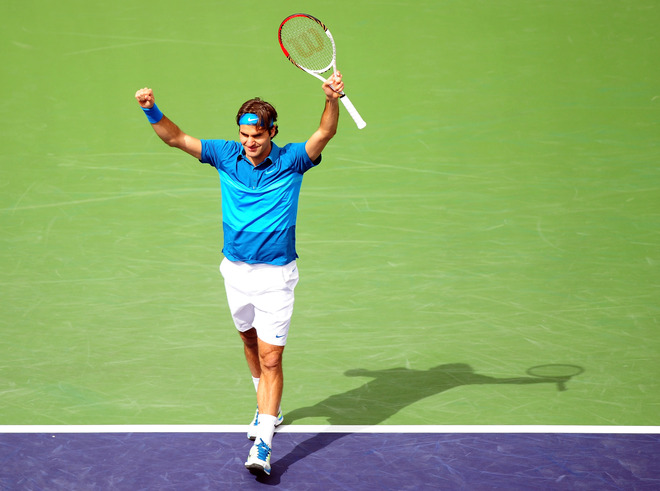 Roger Federer continues to make history and create new records in tennis. Playing in his 103rd career final, the Swiss superstar took on the big serving American, John Isner. The Swiss maestro won a record 4th title in Indian Wells, adding to his own titles, 73rd for his career, and a record tying 19th Masters 1000 title. Coming off an incredible performance in defeating Novak Djokovic in the semifinals, there was a lot to be weary of for Federer. Consistently powerful serves, big forehands, and an overall rise in confidence for the American, who is now into the top 10. The match displayed many of the same weather conditions as on Saturday, with a brief 12 minute delay due to light rain.

Both players held serve in the first set, and the match headed into a tiebreak. Isner was previously 2-0 in tiebreaks against the Swiss, but it was Federer who would come out in front today. After exchanging mini breaks midway thru the tiebreaker, Federer hit a tentative backhand at 6-5 and missed an inside out forehand at 7-6. However, with great returning, he set himself up for a fourth set point, and converted to win the first set, 7-6 (9-7).

The second set continued with closely contested exchanges, but Federer, the best front runner in the game, began to sense his opportunity. He served consecutive love games and worked his way into Isner’s service games, putting pressure in the pivotal seventh game of the second set. As seen numerous times in the past, Federer used his low slice effectively to draw Isner to net, passing him for winners on consecutive points. One the very next point, Federer broke, and from there he cruised to serving out the match, 7-6 (9-7) 6-3, in 1 hour 21 minutes. 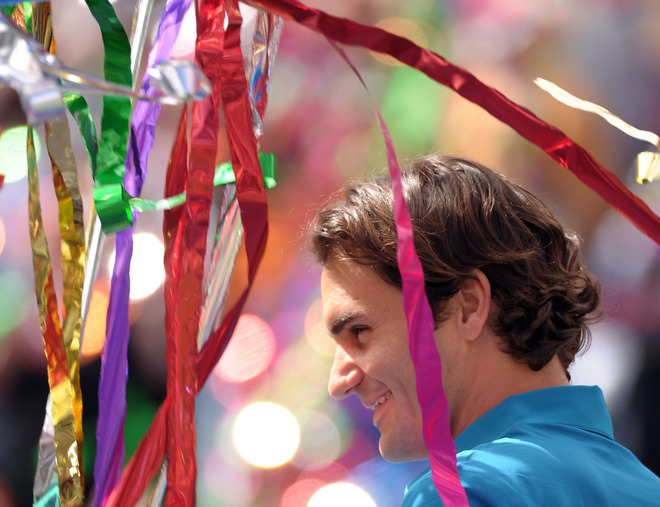 Track the Swiss maestro around the globe with RF Activity. Next on the schedule is this week’s Sony Ericsson Open in Miami. Stay tuned for more later in the week. Watch full coverage of all the action on FF07tv.