Roger Federer is back in the tennis world and it feels really good seeing him play again after taking few weeks off for rest and recovery. Federer took to the court first up today in Montreal for the Rogers Cup against Vasek Pospisil of Canada, winning in straight sets, 7-5 6-3 to set up a rematch with Jo-Wilfried Tsonga in the next round. 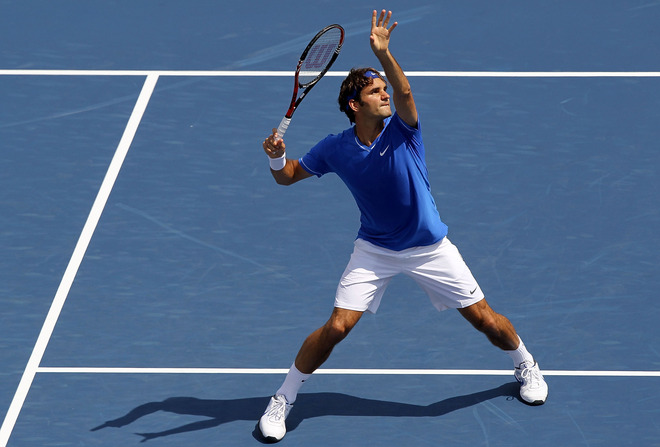 Roger has won the Rogers Cup two times previously, in 2004 and 2006. In addition, he has been runner-up in 2007 and 2010. Both titles were in Toronto, so lets hope for his first title in Montreal. Check out the latest photos of Roger here.

FedererFan07 is the #1 Federer site on the web.
Thank you for visiting.