Federer says he can still return to #1

Roger Federer is confident that he can still return to #1 in the world amidst the current better play by Rafa and Novak. Earlier today he spoke regarding his chances and here’s what he had to say, via Reuters.

Here’s the full article below, credit to Richard Allen of Reuters.

ROME, May 10 (Reuters) – Roger Federer rejects the idea that the balance of power in men’s tennis has tipped towards Novak Djokovic after a 32-match winning run and believes he can still beat Pete Sampras’s record for time spent as world number one.

The Swiss world number three, who has a record 16 grand slam titles to his name, has been left in the shade by Rafa Nadal for much of the past 12 months and has now seen Djokovic supplant him as the Spaniard’s main rival.

However, Federer feels he can reclaim his throne and move ahead of American great Sampras who spent a total of 286 weeks as world number one to Federer’s current 285. 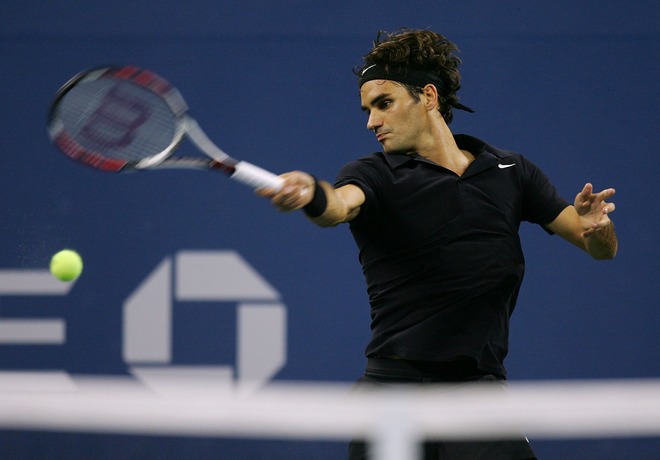 “It’s still important for me to get back to being world number one,” Federer told reporters in Italy ahead of his second round match against France’s Jo-Wilfried Tsonga at the Rome Masters. “I mentioned after Wimbledon it was a goal of mine.

“It’s still very real and possible. I think I can do it if I win one of those grand slams.”

Serbia’s Djokovic could become the first player other than Federer or Nadal to hold the top ranking since 2004 if he wins the Rome Masters this week, but Federer remains confident he can still challenge the top two.

“They (Djokovic and Nadal) are playing better than me but I’m close to winning those tournaments,” said Federer, who lost to Nadal in the semi-finals of the Madrid Masters last week.

“It’s not as if I’m losing in the first or second rounds.

“I feel I’m playing well myself. Apart from Novak not losing all year not much has changed in the game. Everybody can play well on all surfaces these days.

“It doesn’t feel more different apart from having three more questions to answer at a press conference, but they deserve their press and it’s all good stories.”

While the 29-year-old did not watch Djokovic’s straight sets defeat of Nadal in the Madrid final on Sunday, he felt the Serb would have it tougher in Rome and Paris.

“It was surprising to see Rafa lose on clay but it was just one tournament,” he said. “It was a quick clay court so he (Djokovic) had a better chance of beating Rafa.”

This year the Rome Masters, which for the first time in decades features men and women in one tournament, takes place after the Madrid Open.

“I think that’s a better schedule,” said Federer. “You don’t have to go (to the French Open) from altitude. Rome is more similar to Paris than Madrid so it’s easier to get off to a good start there.”

To query or comment on this story email sportsfeedback@thomsonreuters.com)

Roger faces Jo-Wilfried Tsonga in his opening match tomorrow at this week’s Rome Masters. Look forward to more coverage in the week along with photos and video highlights.