Well..short post this Friday. Roger Federer was upset earlier today by Jurgen Melzer in a 6-4 6-4 defeat in blustery conditions. Roger uncharacteristically missed several easy shots and Melzer took advantage of them as himself was slightly lucky with many shots catching the line and taking in-bounces off the net. Melzer capitalized on his opportunities and is into the semifinals. With today’s win over Roger he completes his trio of victories over the top 3, as he defeated Nole and Rafa last year. 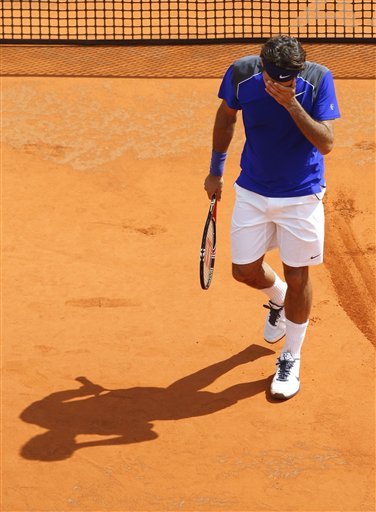 Check out the Monte Carlo photo album at FedererFan07 on Facebook. It will be up on facebook.com/ff07chat as well.

FedererFan07 is the best Federer fan site on the web.
Thanks for visiting.