Hello everyone, tennis is back in full swing soon as Indian Wells starts in less than a few days. 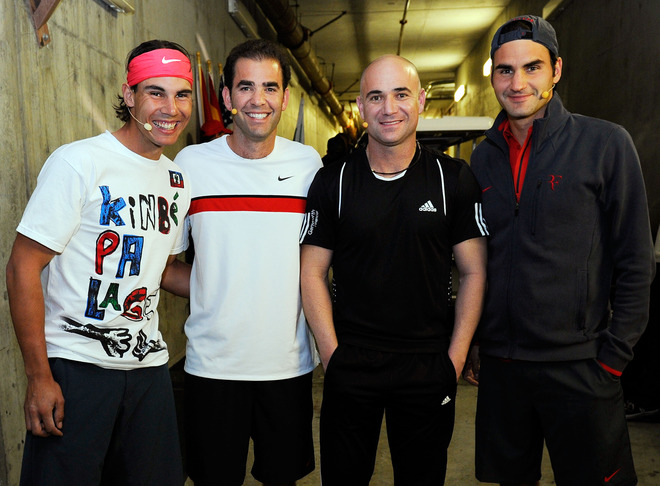 The draw is out for the 2011 BNP Paribas Open (Indian Wells). Below are the top and bottom halves, respectively. Check it out below (click image to enlarge). 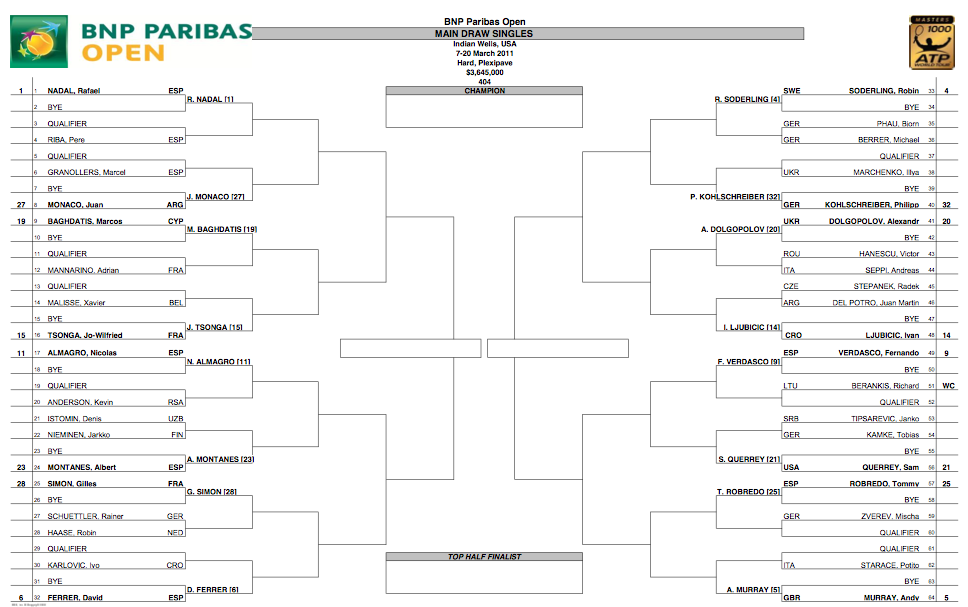 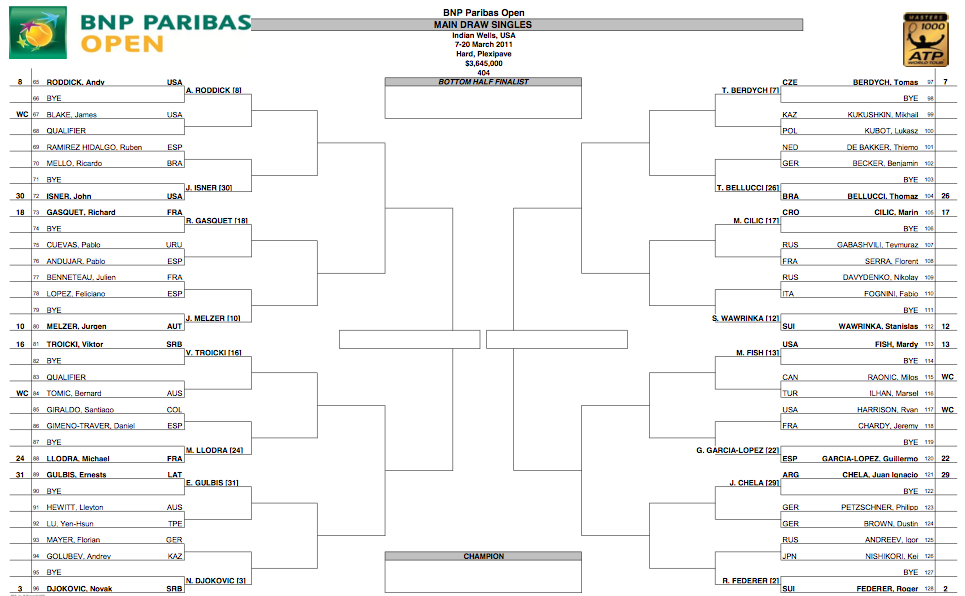 Roger has a first round bye and will face the winner of Kei Nishikori vs Igor Andreev in the second round. #3 seed Novak Djokovic is in Roger’s half of the draw and a potential semifinal match-up looms as Nole is fighting for the #2 ranking. #8 seeded Andy Roddick may face James Blake in the second round and if seeding holds up, another American, John Isner, in the third round.

Rafa Nadal leads the top half of the draw and if seeding holds he may face #4 seed Robin Soderling or #5 Andy Murray in the semifinals.

Play starts Thursday, March 10, 2011, and the top seeds will be in action beginning Friday and Saturday of this week, depending on the schedule of their second round matches.

Thats it for now, but check back in later for a wrap-up on the Nike Clash of Champions charity event happening today at 5:30pm PT in Oregon, United States.